An earthquake rattled with magnitude 5.7 on the Richter scale the island of Rhodes and other islands in the south-eastern Aegean Sea early Wednesday afternoon, January 25, 2023.

According to preliminary information the earthquake occurred at 2:37 p.m. local time. Its epicenter was in the sea area, 60 km south-east of Lindos, Rhodes. 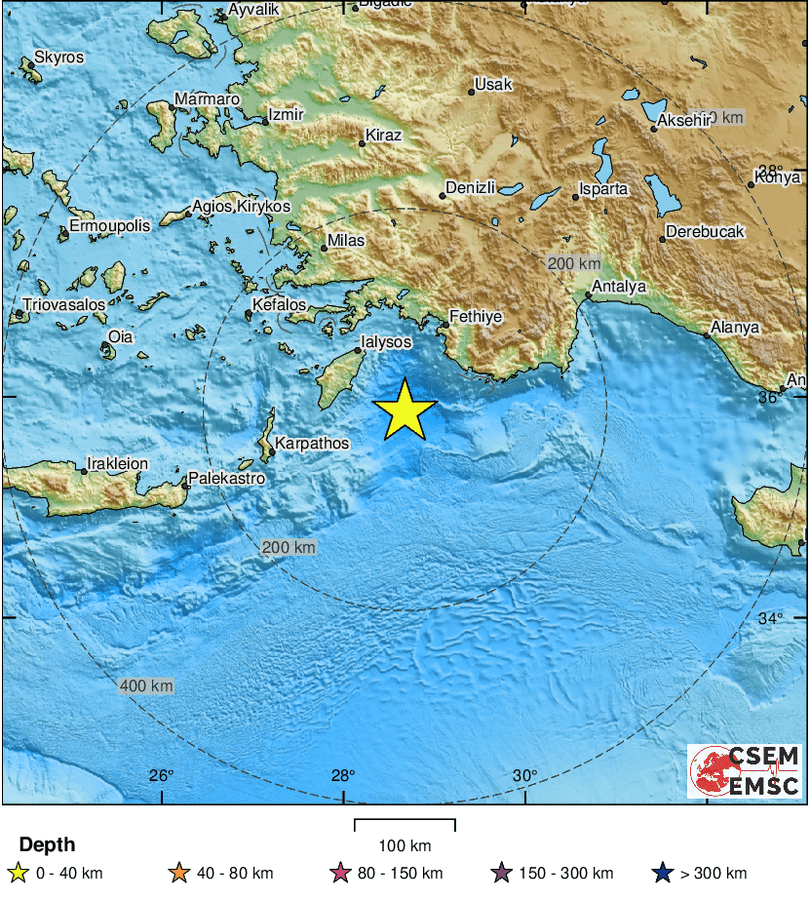 According to state broadcaster ERT, the tremor was felt in almost all the Dodecanese and on Crete as well as on the western coast of Turkey..

Locals said that the tremor had a long duration. Local media report that citizens were scared.

So far, there are no reports of injuries or material damages. Hamptons in Greece: Kavala to turn to New York with luxury investment

NATO Concerned that Russia May Deploy Chemical Weapons in Ukraine

The Ancient Greek Stars Lighting Up Our Night Skies

Where is Athina Onassis Today? A Look at the Only Surviving Onassis